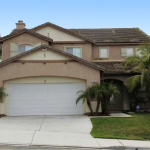 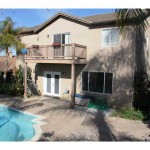 Back Yard with Pool 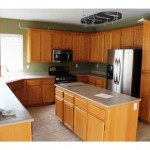 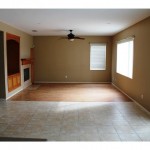 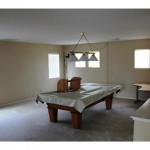 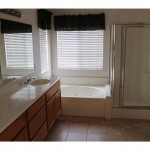 Michael Gaddis, J.D. Realty Group recently closed a short sale in the Sonoma Hills community of Oceanside, CA.  The property, located at 780 Aldea, Oceanside, CA 92057 closed on Friday, September 6, 2013 with a purchase price of $435,000.00.  The property was encumbered with 2 liens, a first and second lien.  The first lien was held by America’s Servicing Company (“ASC”) and the second lien was held by Wells Fargo.  After Michael Gaddis obtained approval from ASC he contacted the agent for the buyer who informed Michael Gaddis that the buyer was no longer interested in the property.  Thankfully, Michael Gaddis had the presence of mind to have a backup offer ready in case the initial accepted buyer backed out.  Unfortunately, even though the backup buyer was willing to agree to the exact terms as the ASC approval, the entire file had to reviewed again.  Although it would seem fairly easy to swap out buyers if the terms are exactly the same, it is not.  Michael Gaddis pressed to have the review expedited, and thankfully, ASC agreed to process the file as quickly as possible.  Once Michael Gaddis received the new approval from ASC he then had to get approval from Wells Fargo.  Even though ASC is the servicing arm of Wells Fargo the approvals for the first and the second loan needed to be processed separately.  Wells Fargo processed the second lien fairly quickly and issued an approval agreeing to the payout offered to them by ASC.

The reason that the homeowner was short selling his house was because he was relocated by his job to the East Coast.  Since his house was not worth what he owed on it and since he could not rent the property for what his monthly obligations on the property were he had no choice but to sell the property.  The homeowner was eager for the short sale to end because he was paying for HOA, pool service, water and electric during the short sale.  Although he was a little frustrated when the first buyer dropped out he was very happy that Michael Gaddis had the presence of mind to obtain and maintain backup offers.  To say the least, he was extremely happy when the short sale closed.