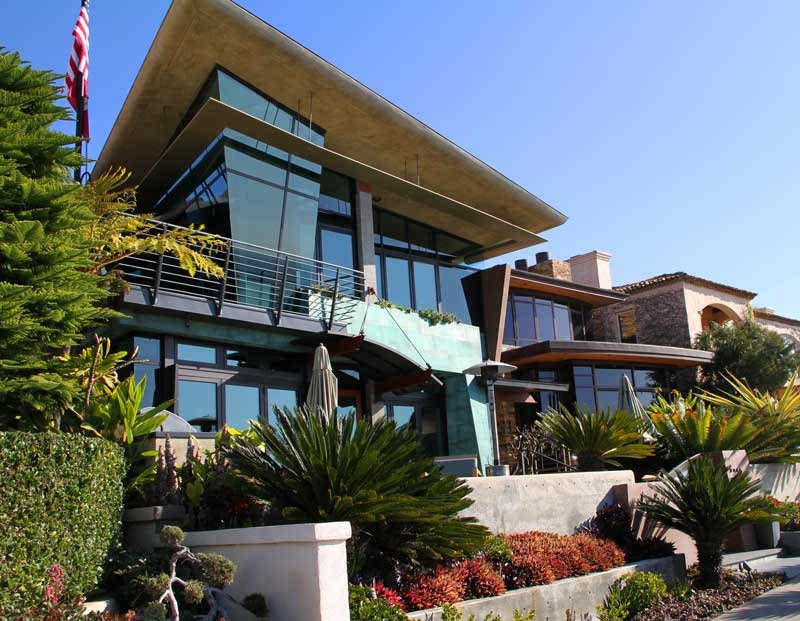 The Del Mar Real Estate namesake is Spanish for “of the sea” or “by the sea”. This area is a wealthy seaside community in San Diego County located 20 miles north of downtown San Diego  just north of La Jolla and South of Solana Beach. Del Mar was founded in 1885 by Colonel Jacob Taylor who dreamed of creating a seaside community that would draw the wealthy and famous to the area.  Perhaps Bing Crosby had the biggest influence in the area due to his influence in the creation of the Del Mar Racetrack.  On the racetrack’s opening day on July 3, 1937, Bing Crosby himself greeted the race fans at the front gate.  In fact, Bing Crosby served as president of the original “Del Mar Turf Club” while fellow actor, Pat O’Brien (Father Connolly in Angels with Dirty Faces) served as the Vice President.  In honor of the influence that Both Bing Crosby and Pat O’Brien had on the creation of the racetrack both men have buildings named after them on the racetrack grounds (Bing Crosby Hall & O’Brien Hall).  On August 12, 1938, racehorses Seabiscuit and Ligaroti competed in a winner take all race at Del Mar.  The race, won by Seabiscuit by a nose, captivated the nation and forever put Del Mar Racetrack on the map.

Del Mar is also the home of the Del Mar Fairgrounds where every summer the San Diego County Fair is held.  Well over one million people visit the San Diego County Fair every summer. Just as Colonel Jacob Taylor foresaw, Del Mar became a magnet for the rich and famous, especially celebrities, many of which made Del Mar their second home.  Pat O’Brien, Jimmy Durante , Lucille Ball & Desi Arnaz, Angie Dickenson, Burt Bacharach among others fell in love with Del Mar and became residents.  In fact the address for the Del Mar Racetrack is 2260 Jimmy Durante Blvd.

Today the City of Del Mar continues to maintain its small town feel.  Millions of tourists flock to Del Mar every year to enjoy its attractions and beaches.
Del Mar is a magnificent area filled with history, charm, views, great weather and good schools.  As such, Del Mar real estate is among the most expensive in San Diego County.