Michael Gaddis of Michael Gaddis, J.D. Realty Group won  KFMB 760AM’s “The Real Estate Debate” on Sunday, June 7, 2015 for the 3rd time!  The Real Estate Debate is a real estate competition hosted by Derrick Evans aka Mr. Credit that airs on KFMB Sundays at 3PM.  The Real Estate Debate pits 4 San Diego County real estate professionals against each other through 4 rounds of competition.  In this completion the first round was a “Rapid Fire” round where each contestant was to provide quick answers to the question “Things a Seller should do RIGHT NOW if their home has not sold yet this Spring…”  The question went around the panel several times with each contestant providing individualized insight into how to address the situation.  Michael Gaddis challenged the notion that a price cut was always the answer.  The next round was called “HOT or NOT-SO-HOT”.  In this round each contestant was to select a market area and assert whether the chosen market was a HOT market or a NOT-SO HOT market.  Michael Gaddis chose the 92056 real estate market of Oceanside based upon a comprehensive statistical analysis of San Diego County.  Based upon Michael Gaddis’ data, homes in 92056 have been moving fast (the median price per square foot for ACTIVE listings was 19).  Michael Gaddis supported the data by stating that he was currently working with 3 buyers in the 92056 zip code and that he was running into tough competition.  The 3rd round of The Real Estate Debate is called “Agree or Disagree. During this round the contestants had to state whether they agreed or disagreed with an assertion made by Murtaza Baxamusa, the Director of Planning and Development for the Family Housing Corporation of San Diego in article written in the Union Tribune (see article by clicking the following link:  http://www.utsandiego.com/news/2015/may/29/housing-huddle-real-estate-corelogic-home-sales/).  In the article Mr. Baxamusa asserted as follows:   “Home sales figures only tell part of the story about the current housing market. The unaffordability of the current stock seems eerily similar to the bubble that formed a decade ago.”  Michael Gaddis disagreed with Mr. Baxamusa’s claim stating that although he was worried about the tenuous nature of affordability in San Diego County it was ludicrous to compare today’s housing situation with that of a decade ago.  Michael Gaddis supported his position by stating that 10 years ago real estate purchases were primarily funded by questionable loan programs such as negative amortization loans, 2-3 year interest only loans that converted to adjustables with high margins (when the indexes were high), and 100% financing based upon stated income.  Michael Gaddis said, “The housing market 10 years ago was funded primarily with questionable loan products effectively placing the stability of the housing market on a “house of cards”. 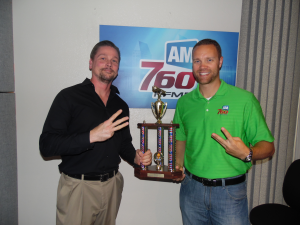 As mentioned, Michael Gaddis has now won 3 Real Estate Debates.  Watch the video above and see Michael Gaddis in action.  Michael Gaddis is a unique real estate professional in that he is also a licensed CA attorney and a NMLS licensed mortgage broker.  The 3 skill sets that Michael Gaddis brings to the table really allow him to provide a level of service to his clients rarely paralleled in the real estate industry.  If you live in San Diego or Orange County and have been thinking of buying or selling a home you can contact Michael Gaddis at (760) 692-5950 or by email at Michael@Michael Gaddis.com.